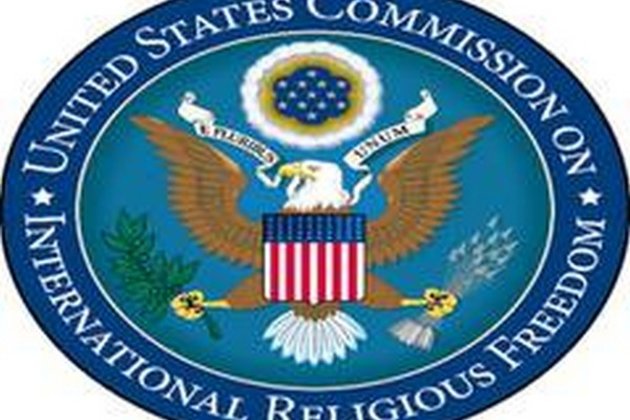 Washington DC [US], April 22 (ANI): The Chinese government has continued to detain Uyghurs and other Turkic Muslims in the northwest region of Xinjiang despite claiming to have released all detainees, according to a report released by the United States Commission on International Religious Freedom (USCIRF) Commissioner.

"In September, the Australian Strategic Policy Institute identified 380 detention centers across the Uyghur region (otherwise known as Xinjiang), including new facilities built in 2019 and 2020. This indicates that the Chinese government has continued to detain Uyghurs and other Turkic Muslims despite claiming to have released all detainees," the report stated.

In its report, USCIRF stated that since 2017, authorities reportedly have sent millions of Muslims to these camps for wearing long beards, refusing alcohol, or exhibiting other behaviours deemed signs of "religious extremism".

Experts raised concerns that the Chinese government's ongoing actions in Xinjiang could amount to genocide under international law.

Reports also highlighted the use of Uyghur forced labour in internment and prison camps, factories and industrial parks in the region. Moreover, authorities continued to carry out large-scale closures and destruction of Uyghur religious sites, including mosques and shrines important to that community's religious, ethnic and cultural identity.

As per the latest US rights commision's recommendations to the US government, it stated that redesignate China as a "country of particular concern", or CPC, for engaging in systematic, ongoing, and egregious violations of religious freedom, as defined by the International Religious Freedom Act (IRFA)."The 2021 Annual Report also recommends, "Enforce to the fullest extent existing US laws--such as the Uyghur Human Rights Policy Act and Tibetan Policy and Support Act--and continue to impose targeted financial and visa sanctions on Chinese government agencies and officials responsible for severe violations of religious freedom.""Publicly express concerns about Beijing hosting the 2022 Winter Olympic Games and state that US government officials will not attend the games if the Chinese government's crackdown on religious freedom continues," the report recommended.

"Continue and intensify efforts to counter Chinese government influence operations in the United States--including the Confucius Institutes--that suppress information or advocacy regarding religious freedom violations in China," it added. (ANI)