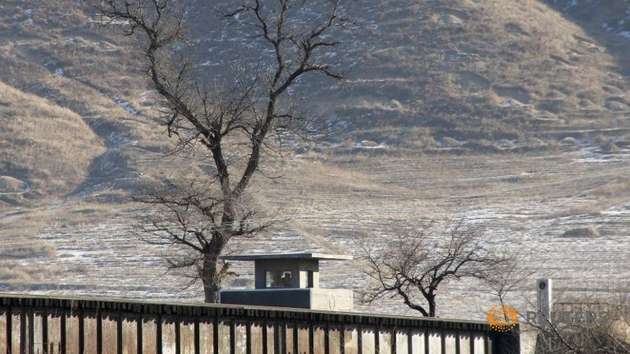 The demand from Seoul came even as the United States has raised doubts over the credibility of North Korean claims about its fourth nuclear test.

To verify the claim, the US is likely to send an Air Force radiation "sniffer" jet to fly off the peninsular region to help determine if a hydrogen bomb test was indeed conducted.

"The initial analysis is not consistent with the North Korean claims," White House spokesman Josh Earnest said on Wednesday.

CNN citing an unnamed Pentagon official said that a nuclear test of any type would emit distinctive elements into the air, and collected samples can be analyzed to determine exactly what occurred.

That's exactly what the WC-135W jet, dubbed the "Constant Phoenix," does, the news network said.

The Boeing jets are equipped with external devices that collect radioactive material from the atmosphere on filter paper. The planes also have a compressor system for whole air samples collected in holding spheres," according to an Air Force fact sheet.

The US Air Force has two of the WC-135 jets that operate out of Offutt Air Force Base in Nebraska.

The reported underground test explosion has angered even China, North Korea's main ally. Other nations in the region were also alarmed.

Japan Prime Minister Shinzo Abe spoke with President Barack Obama on telephone and agreed with him that a firm global response was needed, the White House said.

Reuters citing a South Korean military official said the two countries had discussed the deployment of US strategic assets on the divided Korean peninsula. But the official declined to give further details.

Deploying strategic assets in the region has a precedent. The US sent a pair of nuclear-capable B-2 stealth bombers on a sortie over South Korea in 2013 after North Korea last tested a nuclear device.

At the time, North Korea responded by threatening a nuclear strike on the United States.

South Korea, which is technically at war with the North, said it will respond to the reported nuclear test by resuming the propaganda blasts through loudspeakers along the heavily fortified border.

The broadcast in August brought the reclusive nation to a war footing with South Korea.

Dropping leaflets into Kim's "front yard" is also an option, according to a South Korean lawmaker.

"Broadcasts from South Korea can reach deep and far into North Korea's society, imbuing the minds of its people with the images of a free nation and hurting the oppressive personality cult."